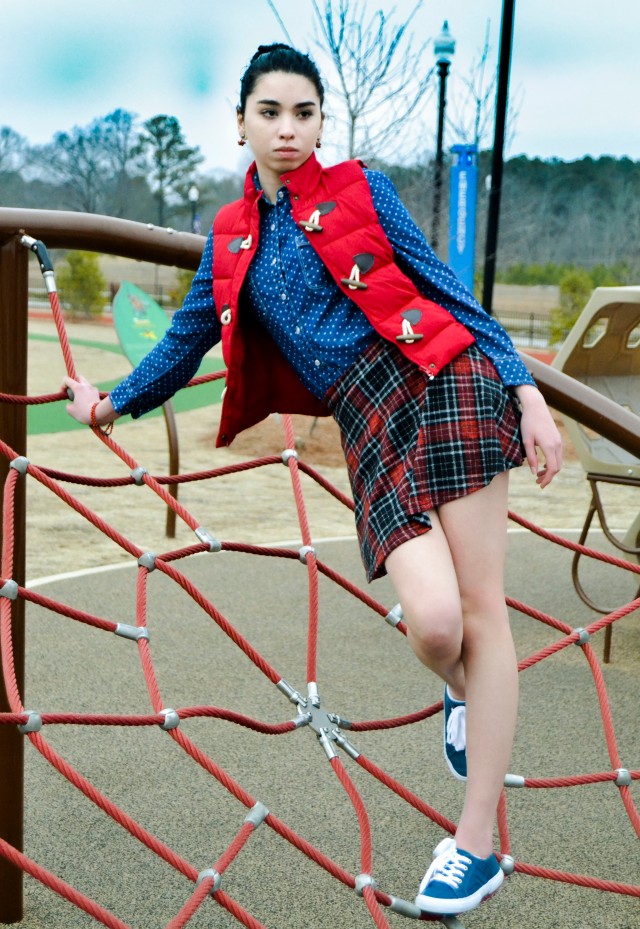 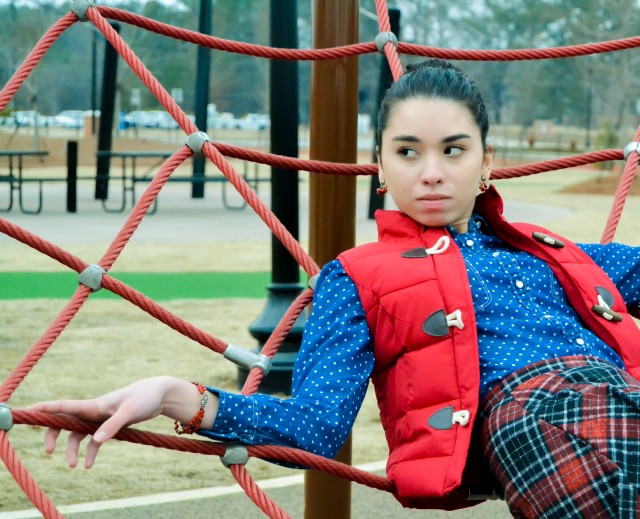 Something that has really sparked my attention lately is how many endless creations can be done using denim. I love how there can be different shades and how they can come either in pant, shirt, or even shoe form! Last year I got these denim shoes and I can’t tell you how many times I’ve played around with them. Something else I love about denim is that they can go with just about anything. You can even do denim on denim as long as you play with it right. I looked into how the weather is going to be this week in Georgia and it ranges from sixty degrees to eighty degrees. You can never really tell how hot or cool it’s going to be so I thought back to this outfit. It will sure be convenient for the week because the skirt will keep you cool but the vest will keep you warm depending on the temperature. Something else I would like to point out in this outfit is pattern play. I always hear about people who are afraid to mix patterns such as polka dots and plaid but as you can see in this outfit it truly can work out as long as you do it right. I think it’s always best to push some boundaries and mix it up a little. Sometimes when you experiment with clothes a little you can end up with something super stylish and fun.

For this series I have tried to come up with a lot of unusual ways to use the tribal print. I wanted to create outfits for different occasions because it gives people a better idea of how to style it. I did a more western style outfit using the tribal pattern this time because it would be more of a challenge on my part. I know that the sound of it is really odd, but if you work it right it can look really good. I found this tribal skirt and by itself it didn’t look all that western, but I decided to play with it. I added a white t-shirt because I felt like adding a nice necklaces against the white background would look really good. I later found this necklace that contained the whites and pinks found in the skirt. To me it looked kind of like one of those thick tribal necklaces. I added the earrings because they matched really well with the necklace and the skirt. I added some boots that looked almost like cow girl boots because what is a western look without the boots? I wasn’t going to add a purse until I found this one, it had the colors from the outfit and to me it looked like a saddle. I think that this look is very western and still incorporates the tribal very well. Patterns are something you have to play around with. All patterns can be used in many ways, but they are not always used the are the right way.