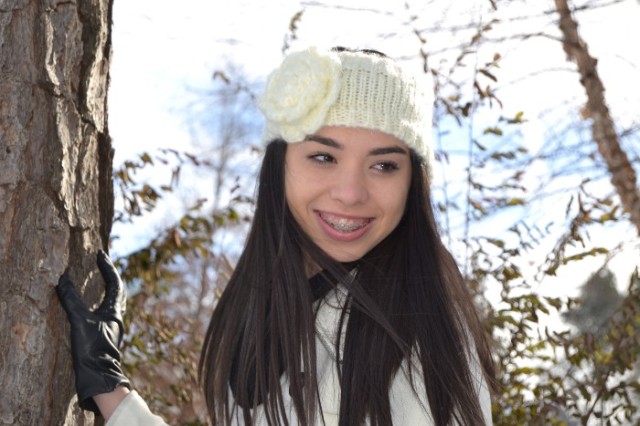 As I have mentioned before I live in Atlanta (the south of the United States) where snow is very rare, so when it does snow here everybody goes sort of crazy. We were hit yesterday with a snow storm that brought to the area between 1 to 4 inches of snow. You might think that is not a lot (and it is not) but the state was not ready for it. The schools didn’t cancel classes which caused an even bigger chaos. People got stranded in their cars on the interstate for over 12 hours, a woman had a baby in her car and hundreds of kids either got stranded on their buses in the roads or slept at their schools. I guess I was one of the “lucky” ones as it only took me 5 hours to get home. Waiting on the bus was particularly stressful, some of the kids jumped out the windows and ran home. Trees on the road, car accidents, and my bus getting stuck in a ditch all caused me getting home late to a frantic mother. A police officer from the Sheriff Department finally brought me home. I was so grateful.  As any normal teen would be, we were all very excited because of the snow but I was especially excited since I had never experience snow before.

Today was a snow day and tomorrow there is not going to be any school either. I was so cold yesterday that I didn’t really play in the snow, I was tired and just wanted to be inside. Today my sister and I pretty much spent all day outside. We tried making a snowman but that didn’t work out. It was still fun, we sang “Do you want to build a snowman?” from the movie Frozen while we were trying to build it. We used our boogie boards to go sledding down our driveway which is a small hill. My sister would sing “Let it go” as she would go down. We tried making a few snowballs, but we had gloves on so it was hard to pack it. I must admit that for my first time seeing snow, I had lots of fun looking at its beauty and playing in it with my sister and my mom. To warm up my sister and I made hot chocolate and popcorn to go along with our movie Mulan. Have you ever been stranded in your car due to weather?

2 thoughts on “Teen Fashion: Snowed Out”